What to Do with a Free Hour in Detroit

What to Do with a Free Hour in Detroit

Have you found yourself in Detroit, MI, with a few hours to spare? Here are three ways to fill up your downtime and still see what Motor City is all about.

If you’ve found yourself in Motor City with a few spare moments to fill, you won’t have to look far for a quick-yet-rewarding activity. Even if your visit is short, you’ll notice right away this city is undergoing a Renaissance – which means there are exciting attractions around every corner and an entrepreneurial energy that will have you wishing you had more time in Michigan’s largest city. Choose to visit one – or all three – of these attractions to get a little taste of this big city. 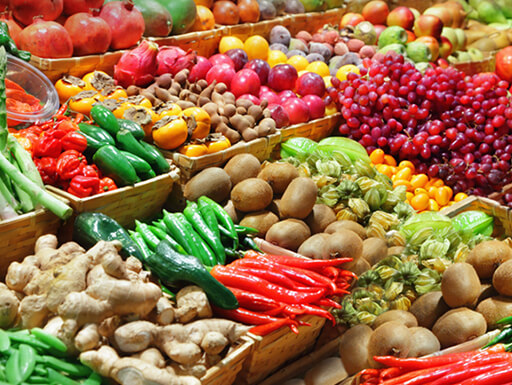 Since the late 19th century, Eastern Market has been the site of one of the largest farmer’s markets in the U.S., where Detroiters gather to purchase produce, meat, spices, and other products. Now, the area has grown to include more than 150 businesses from coffee shops to a yoga studio, and nearly every other type of shop under the sun. Located just one mile northeast of the city’s downtown, stroll the Eastern Market District and stop by Mootown Ice Cream Shoppe for Michigan-made ice cream and other treats, or drop by Blue Velvet to browse vintage apparel. 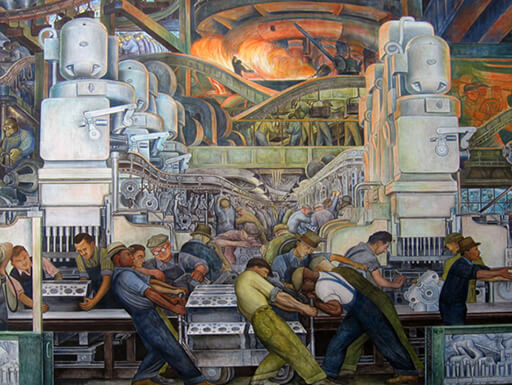 For just one year in 1932, Frida Kahlo and her husband, Diego Rivera, called Detroit home. During that chapter of Detroit’s history, the city was experiencing a financial depression not unlike the crisis of the early 2000s. The Detroit Institute of Arts (DIA) commissioned Rivera to paint an ambitious mural with the financial support of Henry Ford’s only son, Edsel Bryant Ford. The mural still stands today and portrays scenes of science and industry with a heavy use of symbolism. The history of and controversy around the Detroit Industry Murals are as fascinating as the scenes they depict. 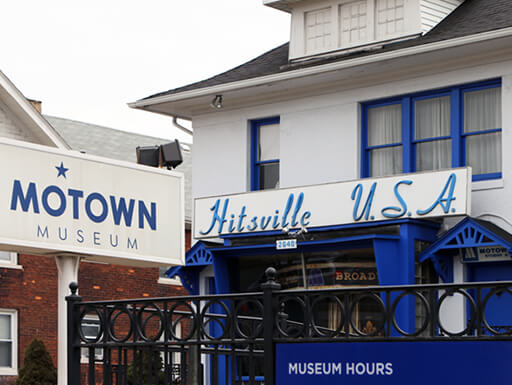 3. Pay homage to the music and motor industries.

Detroit has many claims to fame, but two of the most iconic might be Motown and the automobile industry. You can brush up on your history of both during your downtime in Detroit. The legendary building known as Hitsville U.S.A where artists like The Supremes, Stevie Wonder, and Marvin Gaye recorded has been transformed into a museum for the public. The Motown Museum allows visitors to see where the magic happened in Studio A and take in costumes, photos, and records from the era. To peer into the past of a different revolution – the Industrial Revolution – The Henry Ford Museum offers an extensive collection of exhibits that capture life in early America and the way that the automobile transformed society.

Detroit is an exciting city, rich with history, culture, and midwestern charm. Though your visit may be short, you’ll be sure to go home with a new appreciation of Motor City. For more ideas on filling up a few free hours, check out our guides to New Orleans and San Jose.