Going off the beaten track in Venice opens up many more unforgettable adventures – see what its neighborhoods have to offer in this handy city guide.

Once you’ve explored St Mark’s Square, gazed upon the Doge’s Palace and taken a gondola ride on the Grand Canal beneath Rialto Bridge and the Bridge of Sighs, it’s time to discover the rest of Venice.

This enchanting city has a host of hidden quarters and unexpected charms across its islands. Going off the beaten track opens up so many more dream-like adventures.

Wander the shipyards of Castello, explore the Jewish Ghetto of Cannaregio and drink grappa with the locals in Dorsoduro. Eye up fresh seafood in San Polo’s fish market, devour ice cream in Santa Croce, or relax on the beaches of the Venice Lido.

Discover the city away from the tourist crowds with this handy guide to its neighborhoods. 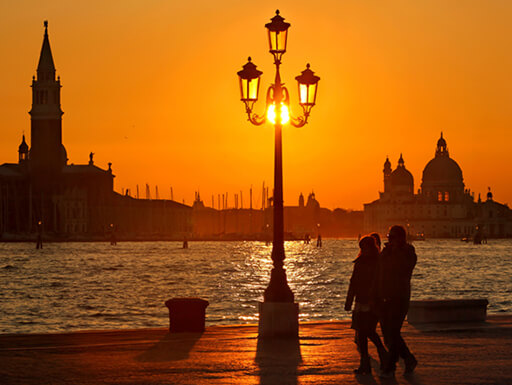 Venice is divided into six districts – or sestieri in Italian – and Castello is the largest. Home to Venice’s main shipyard, Arsenale, tourists come here to take the boat from Fondamenta Nove to Murano and Burano, but it’s relatively quiet, particularly further east. It’s worth visiting the Venice Naval History Museum, which tells the story of the city’s maritime heritage and has full size historical ships on display.

Other highlights include the Basilica of Santi Giovanni e Paolo, where some 25 doges – elected lords – are buried, and the Church of San Zaccaria. The latter doubles up as an art gallery, housing famous paintings by Bellini and Tintoretto.

A great spot to really unwind is Via Garibaldi, which hosts a number of delightful bars and pastry shops, as well as a park featuring an imposing statue of the general after which it’s named. 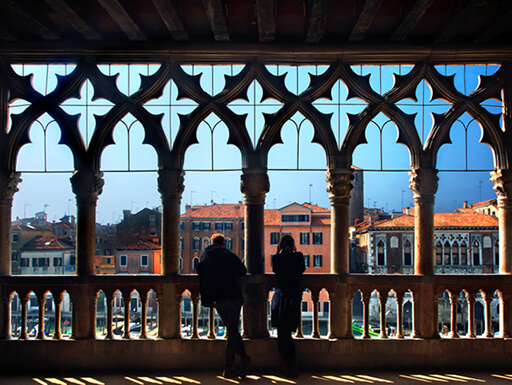 This neighborhood stretches north and east from Santa Lucia train station. It’s probably most famous for its Jewish Ghetto. Jewish merchants fled here from the Spanish Inquisition in the 16th century, and it’s one of the oldest in Europe.

Nowadays, it’s renowned for its memorable Hanukkah celebrations. Take in the culture, past and present, with a guided tour of the synagogues from Museo Ebraico.

The pink and white gothic Ca’ d’Oro is one of the most popular tourist spots in this area, partly because of its impressive art collection. Explore further and you’ll find the renaissance Church of Santa Maria dei Miracoli and the Church of Madonna dell’Orto, where famous artist Tintoretto is buried.

Cannaregio is also a great place to eat in Venice without breaking the bank, with Fondamenta Misericordia a particular delight.

Tourists flock here mainly to feast their eyes on the Accademia, one of Venice’s best art galleries. It’s also home to the palace Ca’ Rezzonico, setting for the movie Casanova. Don’t miss one of the city’s most beautiful churches, Santa Maria della Salute, built in homage to the Virgin Mary at the end of the Great Plague.

There’s no shortage of other things to see in this artistic haven. The Peggy Guggenheim Collection is an interesting diversion from the Renaissance art that dominates the city’s galleries. Here you’ll find works by Dalí and Picasso, alongside other modern masters.

The area is also renowned for its bustling nightlife – with the bars of Campo Margherita popular with the area’s students. Across the water is the island of Giudecca, a lovely residential area. It has an interesting photography museum, Tre Oci, and a great place to grab lunch in the shape of La Palanca – a waterside spot where the swordfish carpaccio and tuna tartare come highly recommended.

While it’s the smallest sestiere in Venice, San Polo is also one of the oldest. The Rialto Bridge and masterpieces of Tintoretto at Scuola Grande de San Rocca are big draws, but there’s plenty more to see. Don’t miss the Church of San Giacomo di Rialto and Santa Maria Gloriosa dei Frari, where you’ll find works by Titian, as well as his tomb.

The Church of San Rocco is renowned for its cycle of paintings by Tintoretto, the majesty of which fills every inch of wall and ceiling. Afterwards, have a drink in Campo San Polo, the second-largest square in Venice, and round off a fantastic afternoon at the huge fish and vegetable market.

This area is home to some of the oldest parts of the city’s university and a wealth of other historical attractions. Admire the art of Lotto and Veronese at the Church of San Giacomo dell’Orio, and visit the Museum of Natural History in 13th century palace Ca’ Pesaro.

After all that, you’ll need refreshments, and thankfully Santa Croce has one of the most famous ice cream parlors in Venice – Gelateria Alaska on Calle Larga dei Bari. The owner makes an inventive array of his own unique flavors. If you’d rather dine indoors with something savory, check out another of Venice’s best restaurants, La Zucca. 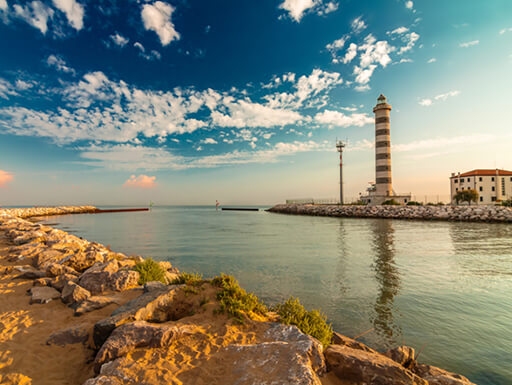 The Lido of Venice lies between the Venetian Lagoon and the Adriatic. This seven-mile strip of land was where sea swimming was popularized in the 19th century, giving the name ‘Lido’ to the world. The area was immortalized in the movie Death in Venice which featured the now closed Hotel des Bains Venice Lido.

The area gets busy during the Venice Film Festival, hosted in September, when hundreds of locals and tourists gather on the sands of the north beach. The rest of the year, it can be a tranquil place to relax.

Just offshore is the Armenian Monastery, which houses an exhibition on Lord Byron, who spent time in Venice and famously won a swimming race from the Lido to the Rialto Bridge.

What’s your favorite place to soak up the unique atmosphere of Venice? Tag us in your photos of this timeless location on Instagram.