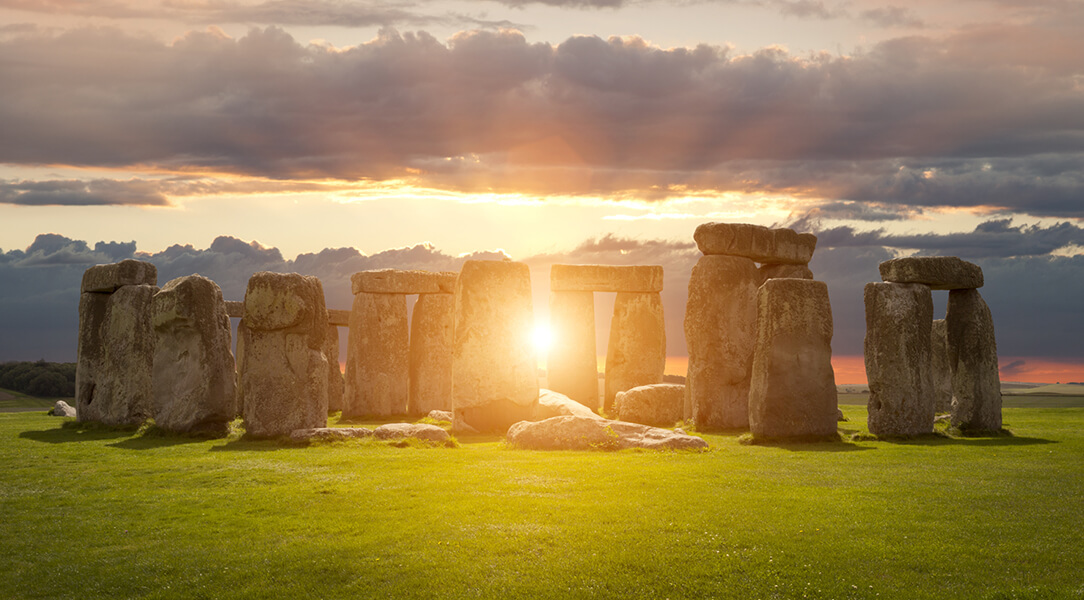 Road Trip Into The Unknown: Discover England’s Most Mysterious Spots

Road Trip Into The Unknown: Discover England’s Most Mysterious Spots

Home / Travel / Things to Do / Road Trip Into The Unknown: Discover England’s Most Mysterious Spots

From spooky churches to fairy tale forests, the UK’s landscape is filled with curious, creepy and confounding mysteries. Hit the road … and keep an eye out for ghosts, faeries, wizards, vampires and more.

From spooky churches to fairy tale forests, the UK’s landscape is filled with curious, creepy and confounding mysteries. Hit the road … and keep an eye out for ghosts, faeries, wizards, vampires and more.

Start your road trip in to the unknown with a visit to one of England’s most popular landmarks, the prehistoric wonder of the world known as Stonehenge. Despite its popularity, the mystery of Stonehenge remains. Located in Wiltshire, scholars have puzzled for centuries over this massive monument, consisting of 13-foot-high standing stones, some weighing as much as 25 tons. Who built it? Why did they build it? Perhaps most baffling: How did they build it? We’re still uncovering clues – including the recent excavation of “Super-henge,” another stone monument 15 times the size of Stonehenge, located just two miles away. Whether or not we ever truly understand Stonehenge, a visit here will fill you with a sense of awe. Tip: set your alarm clock and head out early to beat the crowds. 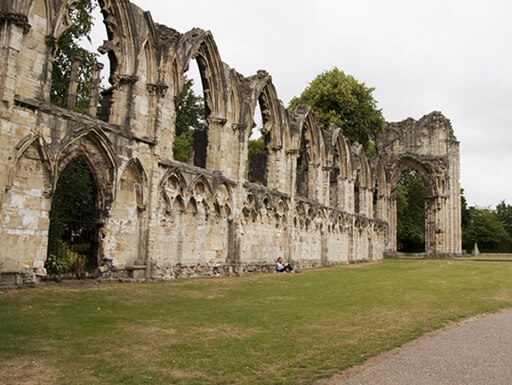 In North Yorkshire, you’ll come across St. Mary’s Church, a splendid old Anglican house of worship that serves the town of Whitby. Located on a windswept cliff, it has an undeniably eerie ambiance – which is probably why Bram Stoker set key scenes of his bone-chilling horror classic Dracula in the graveyard here. “For a moment or two I could see nothing, as the shadow of a cloud obscured St. Mary’s Church,” Stoker wrote. “It seemed to me as though something dark stood behind the seat where the white figure shone, and bent over it. What it was, whether man or beast, I could not tell.” In other words, don’t forget to bring your cloves of garlic to ward off any vampires while you’re wandering amidst the tombstones. 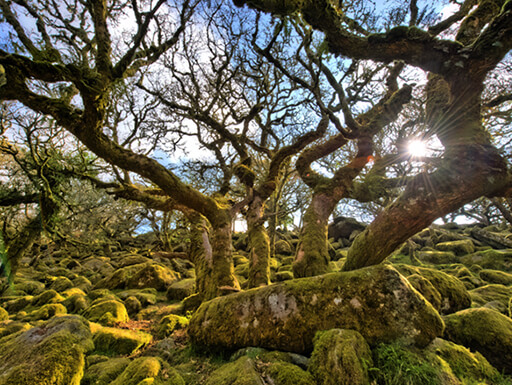 The English countryside has no shortage of misty, mystical forests – but if you have to choose just one, choose Wistman’s Wood, located in Dartmoor, Devon. The ancient, tangled oak trees, mossy undergrowth and uncanny sense of quietude here have set imaginations running for centuries. Fairy tale creatures – pixies, faeries, trolls and more – are said to make their home in Wistman’s Wood. But more frightening is the legend of the “Wisht Hounds,” enormous bloodthirsty black dogs who roam the woods in search of prey. We’re guessing these guys have sharper teeth than the pixies.

Way back in 1835, a fieldworker was digging a hole just outside of the seaside town of Margate, Kent. He unwittingly uncovered one England’s most beguiling mysteries. The Margate Shell Grotto is a subterranean cavern decorated with thousands upon thousands of seashells, arranged in dazzlingly intricate mosaics. Why is it there? No one knows for sure. Some have theorized that it’s left over from the Roman occupation of Britain. Some think it’s some kind Knights Templar secret society gathering place. Some think it’s a hoax. Whatever the Margate Shell Grotto is, it’s a place you’ll be telling friends and family about for years to come. 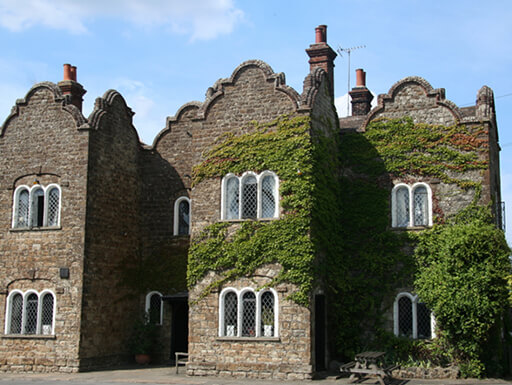 Also in Kent, don’t miss the opportunity to pay a visit to Pluckley, which the Guinness Book of World Records named as England’s most haunted village. Ghosts, phantoms and apparitions seem to love this paranormal hot spot – people have reported a long-dead highwaymen loitering at the aptly named Fright Tree, where he was killed in a swordfight years ago. They’ve seen (and heard) the Screaming Man, a brickworker damned to eternal (you guessed it) screaming. And there’s the White Lady, a specter who haunts St. Nicholas’ Church. Even the pubs here are haunted; the Black Horse Pub is home to a phantom who moves objects around. Hold on to your pint!

The Black Horse isn’t England’s only paranormal pub. Located in a building that dates back to the 16th century, The Golden Fleece in York has long been known for attracting things that go bump in the night. While you’re enjoying a cask-conditioned ale and fish and chips keep an eye peeled for such ghosts as Lady Peckett, a resident spirit whose presence can be detected by the sweet smell of her perfume. Or “One-Eyed Jack,” a gentlemen dressed in 17th-century garb who paces nervously around the bar, carrying an antique flintlock pistol. 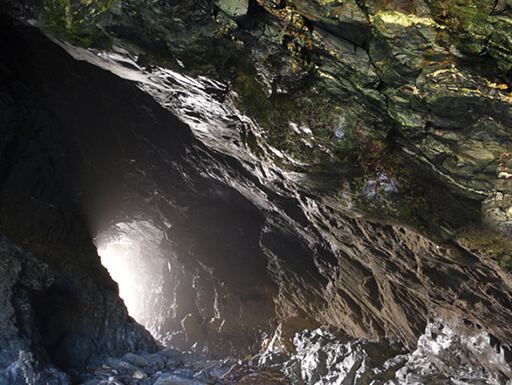 Maybe the magic-makers at Hogwarts have gotten most of the buzz lately – but Merlin remains at the top of the heap when it comes to England’s wizards. Sorry, Dumbledore. Head out to the coast just southwest of Cornwall to venture into Merlin’s Cave, a spot made famous by legendary Victorian poet Alfred, Lord Tennyson in his Idylls of the King epic. The legend tells us that Merlin found the infant Arthur here, setting the young king on the road to Camelot. Clamber down the steep footpath to the cave on Tintagel Beach at low tide and explore.