From museums and galleries to a day at the soccer match, there’s so much to see in Manchester. Our insider’s guide picks the very best of UK’s buzzing city.

Manchester is not the shy, retiring type. It’s a city bursting with pride and it’s not afraid to blow its own trumpet and shout about what it’s good at.

But there’s plenty to back up the confidence. Manchester is one of the UK’s most vibrant locations and is also one of the country’s fastest rising cities. An important part of the UK’s industrial revolution in the 19th century, Manchester has since gone on to conquer the world in soccer, launch the careers of chart-topping bands like Oasis and the Smiths, and develop an ever-evolving food and culture scene that refuses to stand still.

Here’s our guide to the top 10 Manchester attractions to check out on your trip to this northern powerhouse. 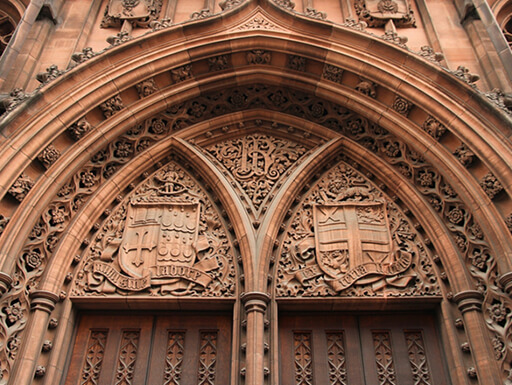 The Riches of Reading

It may now form part of the University of Manchester Library, but the John Rylands Library is also open to the public. It’s no surprise that city leaders opted to open it to the public, as this neo-Gothic treasure of a building, constructed towards the end of the Victorian era, just begs to be explored.

Rylands’ wife, Enriqueta, founded the library in memory of her husband and, over the years it has built up an enviable collection of rare manuscripts. Within the walls you’ll find a Gutenberg bible, stunning illuminated manuscripts from medieval times and even a piece of Greek papyrus containing what’s said to be a fragment of the New Testament, roughly dated to 200AD. The reading room is stunning and well worth exploring.

A Tale of Two Teams

Manchester is a soccer powerhouse. The locals call it football and the city is a force to be reckoned with in the world’s favorite sport, with Manchester’s two rivals sharing many of the recent domestic spoils.

Over at Old Trafford – dubbed the ‘Theater of Dreams’ – resides Manchester United, perhaps the world’s most famous club, boasting a trophy room bursting at the seams with endless domestic titles and three European cups.

At the newer Etihad Stadium, Manchester City has been blazing a trail in recent years, catching up on their city rivals with a clutch of Premier League titles. Whichever you choose to visit, the stadiums are impressive, the atmosphere is electric and match days are an adrenaline rush to be savored. 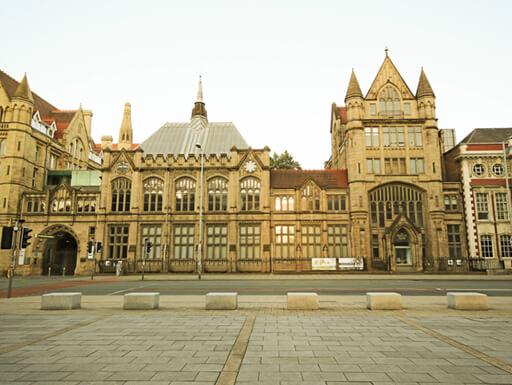 The Art of Manchester

There can be few buildings more suited to a museum or gallery than Manchester Art Gallery. The stunning 1823 landmark was built by a scholarly society as a place to host art displays in the mid-19th century. Today, you can visit a place that carries on the fantastic work started nearly 200 years ago in the heart of Manchester.

If you’re short of time, join the one-hour highlights tour, or take your time and browse the staggering collection of Pre-Raphaelite masterpieces, Egyptian relics, fine art, armor, metalwork and Impressionist paintings. Local legend Lowry sits proudly side by side with Cezanne, while the gallery also dedicates plenty of space to modern and contemporary art, a metaphor for Manchester’s very make-up.

From Spinning to Space

The long and celebrated industry of Manchester finds its fullest expression in the Museum of Science and Industry, a superb exploration of what built the city. The setting is perfect – an old rail station that was once the biggest in the world – for a range of vintage trains and steam engines, machines and fighter jets, printing presses and more.

This is the perfect place to bring the family, with an extensive range of interactive exhibits ideal for the little ones, allowing them to learn all about the innovation that shaped Manchester through the years.

Just a few miles outside the city, you can enjoy the resplendent retail experience that is the Trafford Centre, the UK’s second-largest shopping mall, home to a wide range of global stores and dozens of restaurants.

If you have children in tow, they’ll love the Legoland Discovery center which is dedicated to the colorful plastic bricks, a cinema that boasts Europe’s first IMAX virtual reality experience, a sea life center and an aerial adventure park.

Perhaps the pick of the city’s museums, The Manchester Museum is a truly special place to visit, heaving with fascinating exhibits. Across the wide range on offer, the true standout is its Egyptology collection. Wander back thousands of years and experience how the ancient Egyptians lived and worshipped. Inside, you’ll find dozens of mummies, the icons of the ancient empire, among a staggering 18,000 artifacts.

Elsewhere, you’ll be able to explore everything from earth sciences to entomology, archaeology and more. You can also see a vivarium running a captive breeding program for endangered species, including Costa Rican frogs.

Heart of the City

While there are numerous city squares dotted around Manchester, Albert Square is the city’s real beating heart. A majestic square housing a statue of Queen Victoria’s consort, Prince Albert, it has been the scene of focus over the years for many protests, rallies and political movements, showcasing the fierce passion Mancunians hold dear.

Manchester Town Hall towers over the entire square, a gorgeous Gothic revival creation built in 1877. The magnificent clock tower is home to a bell called Great Abel, while the square also hosts a fountain built in the 1890s to mark Queen Victoria’s diamond jubilee. Arrive during the Christmas season and you’ll find the square transformed into a winter wonderland as the Christmas market gets into full swing with a range of vendors peddling traditional festive wares from their wooden stalls under the twinkling lights of the season.

The Northern Quarter emerged from Manchester’s redevelopment in the 1990s to become one of the coolest areas of the city. It’s known for both its incredibly lively nightlife – complete with bars, pubs, restaurants and clubs – and its chilled out bohemian vibe. The area truly comes alive during the weekend, when the locals dress up and head out for a night on the town. There’s more than one string to its bow, however. This is also an artistic hub, with lots of music shops, creative companies and clothing designers.

We Can Rebuild You

Endlessly tweaked, changed and added to over the centuries, Manchester Cathedral retains its stately and gracious air to this day. This Gothic church was first erected in 1421 but expanded and refined over the hundreds of years that followed. More recently, it was renovated when a German bomb damaged it during World War II. That raid destroyed its Victorian-era stained glass, although the more modern replacements are sensitively done. 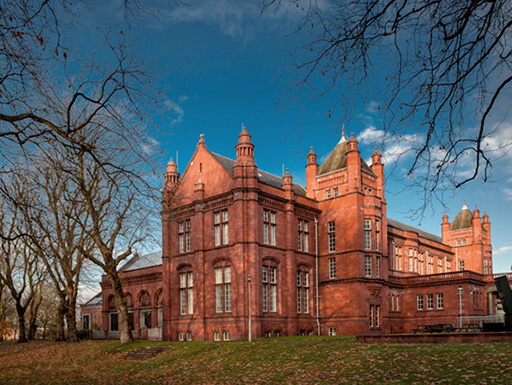 An award-winning and innovative space, the Whitworth Art Gallery is doing its best to redefine what a museum or gallery should be in the 21st century. You can come for the tens of thousands of pieces in their collection, from textiles to British watercolors, Rembrandt, van Gogh, Picasso and Durer to modern pieces from Tracey Emin and Rachel Whiteread. Or you can come for the Sunday concerts, the constant churn of exhibitions, talks and performances.

Have we missed a Manchester attraction? Tell us on Twitter.