Home / Travel / Things to Do / Three Perfect Days in Marseille

From the fruits of the ocean to a cityscape crafted by centuries of change, enjoy the best of three days in Marseille, France, with our handy guide.

A long weekend is pretty much the perfect time to sample everything Marseille has to offer. With three days to play with, you can get a real sense of this exciting, unique French city. You can even sneak in some beach time and additional day trips to nearby highlights.

Boiling down the things to do in Marseille isn’t easy, but this guide will give you a taste of the city’s essentials. We’ll take you through the old port, the finest churches, restaurants you’ll remember forever, and lead you on a quest for the best bowl of bouillabaisse: the local, traditional fish stew. Throw in a floating prison and memorable museums and you’ll leave having had your fill of this fabulous slice of France. 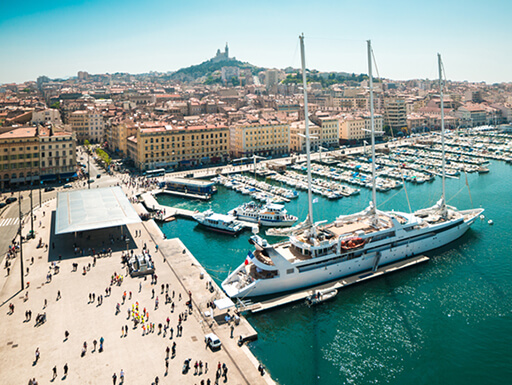 Day One – The Finest Vieux in Town

Start your sojourn in the very heart of the action in Marseille’s old port, known as Vieux Port. The city’s fortune was built on the treasures of the sea, and this is still an active harbor. Arrive in the morning and you’ll see fishermen landing the day’s catch with nets full of fish tumbling on to the landings. The locals are work hard to get the coming night’s dinner, while chefs from city restaurants pore over the haul, as well.

It’s not just a fish market, however. The port has plenty of history, too. The area was protected by ancient and imposing forts called St. Nicolas and St. Jean, the latter of which is now attached to the wonderful MuCEM Museum that explores Mediterranean history.

The area hums with locals and visitors, so pause at a cafe to soak up the atmosphere – there’s a sense of theater to the comings and goings in front of you. The sunsets here are especially vivid, so be sure your camera is charged and ready to snap a few memories.

Wander next into Panier, the oldest part of the city, with roads that seemingly lead nowhere but eventually open out into lovely squares full of old, pastel-colored buildings. Make a beeline for Pierre Puget’s beautiful Vieille Charité. What was an almshouse and an administrative building is still in operation today, flanked with galleries and a real highlight of the city. Close by you’ll stumble across lovely and unpretentious brasseries, with a smattering of excellent restaurants from across the world in this thoroughly multi-cultural part of town. 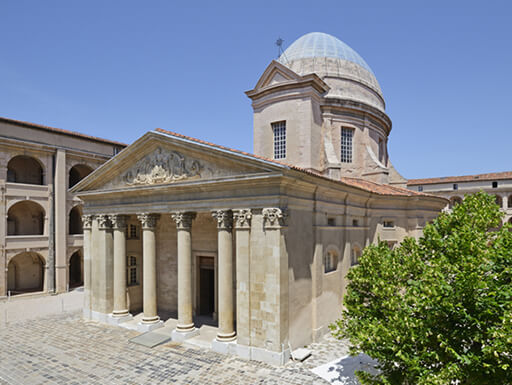 Is it too self-indulgent to dedicate an entire day to food? Of course not, you’re on vacation in France – there’s no better place.

Across the city, you’ll stumble across classic French dishes cooked at various levels. Ratatouille, mussels in cider, and steak fries are all present and delicious, but there’s one dish that is ubiquitous. It’s known as the city’s pride and joy and valued chief contribution to the culinary landscape: bouillabaisse.

It’s a dish that has crossed the globe, although the locals here give short shrift to any other country’s version. After all, they say the rascasse – a kind of scorpionfish – is local to the Marseille waters and is an essential, trademark ingredient. There are, however, plenty of versions in the city which don’t include it, as it has become scarce.

What can you expect with this dish? A rich stew with a variety of fish, a stock heady with garlic, fennel, orange peel, and sides of aioli, spicy rouille, and crusty French bread. It’s rarely an inexpensive dish, bobbing with premium fish and long preparation, but it’s a must-try. It’s also often served as two separate dishes – one containing the soup, and the other with fish. It’s at the eater’s discretion as to whether to mix the two.

Locals have their own favorite places, as do visitors, and eating your way across these recommended dining spots is a great way to travel the city. There are those who make lofty claims for Chez Fonfon, and others who state the service at Restaurant Chez Michel is worth it for the quality of cooking.

Chez Madie les Galinettes has its loyal followers. While the playful L’Aromat turns things on its head with a bouillabaisse burger that sounds like a terrible idea, it’s actually preferred by some tourists who are in search of a memorable meal.

Want to master this dish yourself? At Le Miramar, you can. As an exceptional fish restaurant, their own bouillabaisse costs neatly 70 euros per person, but on every third Thursday of the month, you can make your own in their kitchen. Book ahead for the three-hour course (you get to eat it at the end, obviously). 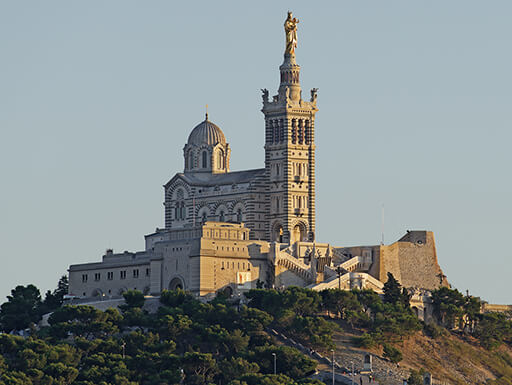 Day Three – Journey to the Past

There’s more to Marseille than can be caught in a fishing net. Sometimes those caught in other ways were transported offshore to the nearby Château d’If. About a mile from the port, popular imagination says this is the place that imprisoned the count in Alexandre Dumas’ novel, The Count of Monte Cristo. When you visit, the guides will speak of the character as if he were a real person, but plenty of real-life prisoners did serve time here. This jail, notoriously hard to escape from, contained Communards and other political prisoners.

Back on dry land, there’s a duo of truly impressive religious buildings to see. In La Panier District, the Marseille Cathedral has a stunning exterior with equally awe-inspiring statues and mosaics inside. The Byzantine styling is from the 19th-century, but you’ll also find the significant remains of an earlier 12th-century church.

Overlooking the whole city is Notre-Dame de la Garde, another 19th-century building on the site of a 12th-century predecessor. Visiting here is a double whammy: you get sensational views of the city, the best you’ll find, in addition to an ornately decorated church with a fine crypt and famous statue of the Virgin Mary covered in gold leaf. Wandering the hushed interior before walking back out to be greeted by the peerless views is the perfect way to finish your three days in Marseille.

Have you captured Marseille in all its Gallic glory? Tag us on Instagram and share your photos with us.