Explore Frankfurt’s finest neighborhoods, from the historic old town to bohemian suburbs and beyond.

Frankfurt has long been a city that celebrates diversity. And even in its post-war rebuilding, this has been a frequent focus for city planners, to the extent that the city is now a magical mix or traditional old Germany intertwined with the fast-paced contemporary culture.

To get a feel for the real Frankfurt and explore more of the exciting things the city has to see and do, the beauty is in the exploration. Get out of the city center and discover the neighborhoods that make up Frankfurt with our guide. 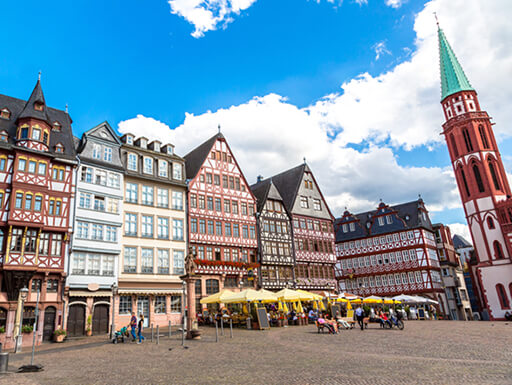 The Altstadt – Old Town – is a region that has gone through some extensive rebuilding in the last few decades. But to walk around the neighborhood, you wouldn’t even know it. So intricately have the historical structures been put back together that you’d be forgiven for thinking you were wandering among meticulously maintained originals rather than reimagined masterpieces. The grand Rathaus is a must-see.

The most striking thing about Altstadt is just how it has managed to maintain its aura amid a wave of modernity. Surrounded by a sea of skyscrapers and office blocks, it’s amazing how this enclave of old Germany has managed to withstand the tide.

Spend some time here wandering around its majestic mix of traditional German architecture. The six half-timbered buildings that make up Ostzeile, the 16th-century Fountain of Justice and the Old Opera House, home to statues of Goethe and Mozart and a stately grandeur you won’t find elsewhere, are highlights of a neighborhood that amazes at every turn.

There are numerous cafés to sit at here in order to drink in the atmosphere, or alternatively, dine at Zum Storch. Serving food since 1704, it delivers a rustic feel alongside both German and local specialties. Try the Frankfurt plate of smoked pork, meat loaf, Frankfurters and sauerkraut, boiled beef with horseradish and suckling pig with beer sauce and potato dumplings.

Close to the train station which gives the area its name, this was once the city’s red-light district. In fact, parts of Bahnhofsviertel still retain a slightly seedy side, but there’s been a wave of redevelopment and an injection of fresh ideas that makes this neighborhood one to seek out. New galleries and clubs have opened, along with some fine new restaurants, bolstering the already excellent selection of ethnic eateries.

With street parties and art venues come artists and hipsters, changing the area’s demographic feel. You can see this in the crowds who gather at the trendy Taunusstrasse Arts and Bites art market every month, or at the narrow but always heaving Neapolitan pizza joint Montana, with its smiley-faced pizza oven. Walk down a street here and you’ll pass places serving Korean, African, Chinese and Turkish food, many of which double down as bars and clubs after they stop serving food. 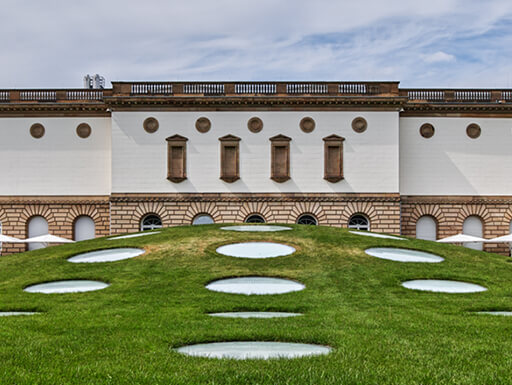 Saschenhausen is a distinctly laidback area to stroll around. Yes, it mixes elements of new and old Frankfurt, but with its pedestrianized streets, delis and bookshops, it retains a subtle serenity that’s all its own.

By area, Saschenhausen is the largest neighborhood of Frankfurt, just south of the river Main. You can walk next to the river along the cobblestones and visit museum after museum on Museumufer – nine of them, all told. Follow your whims – do you want to explore Christian Orthodox iconography, German architecture, cinematography, ethnology, communication technology or art and sculpture? The choice is yours.

Sit outside a café to enjoy the skyline on the opposite bank, or seek a sunny spot in one of the many beer gardens or traditional Apfelwein taverns. There’s sauerkraut and apple wine on most menus here, but give the 19th-century Zum Gemalten Haus a try, or wolf down great schnitzel and fish at Adolf Wagner. If you want to sleep it all off, you’ll find plenty of hotels nearby too.

Ostend has been somewhat gentrified over the last couple of decades, boosted by the arrivals working at the nearby European Central Bank. It’s studded with theaters which have made this area near the east harbor of the city a cultural hot spot.

The Frankfurt Zoo is located here, with over 4,500 animals, in addition to the Hoch Conservatory music academy, Fritz-Remond-Theater and a smattering of fine restaurants. If you’re in the mood for traditional German fare, head for Klosterhof – spatzel with cheese, beef goulash soup – or for something lighter and subtler, book at Tawaraya, an intimate but superlative Japanese izakaya, or gastropub. 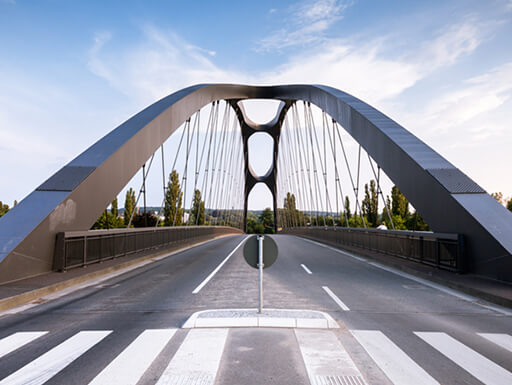 The Westend and more

The other areas you gravitate towards will depend on your tastes and how much time you have. There’s the green and leafy Westend, home to the Palmengarten with its botanical garden and world-class restaurant, Lafleur, as well as the Grunebergpark.

There’s Nordend with its students, cafés and Holzhausen Castle, where many of the city’s young affluent have landed. It retains a long-held bohemian edge. Bockenheim has earned the nickname The Funny Village and is a great place to shop – not just for boutiques and designer clothes but also the twice-weekly farmer’s market.

With all of these neighborhoods to explore, you can find a different experience and a different side to the city every day in Frankfurt.

Is there a Frankfurt neighborhood we forgot, or a great place you want to tell us about? Share it on Twitter.