Looking to spend a perfect weekend in mesmerizing and memorable Edinburgh? Here’s how to take in all the sights of the Scottish capital in just three days.

Its rocky hills and ethereal grace, its bookish nooks and royal monuments. Where do you start in Scotland’s attraction-packed capital? We’ve rounded up the best things to see in Edinburgh to help you squeeze every last drop out of Auld Reekie’s famous – and not-so-famous – corners. From the hippest spots in the city to awe-inspiring hikes, the ultimate Edinburgh adventure is just waiting to be discovered. 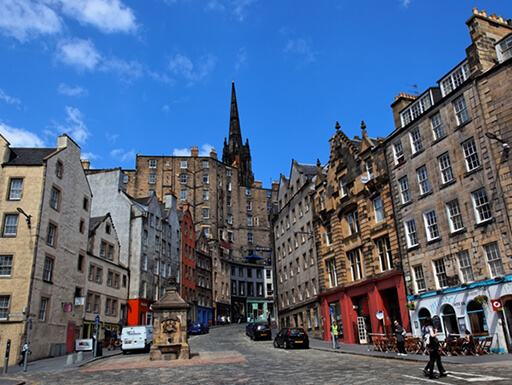 Start off your long weekend in Edinburgh by clambering to the top of the Scott Monument and getting your bearings. Built in honor of Edinburgh-born Sir Walter Scott, the 19th-century structure is the largest monument ever to be dedicated to a writer.

You’ll find it in Princes Street Gardens, opposite the famous Jenners department store on Princes Street and near to Edinburgh Waverley Railway Station, which is named after Scott’s hugely popular Waverley novels that once had Europe in raptures. Buy tickets at the booth at the base as you go in, conquer the 287 steps, then enjoy the spectacular views of the city at your feet.

Once you’ve made your way back down all those steps you’ll be relieved to know there’s a Hop On Hop Off Edinburgh bus to whisk you to your next stop. Take the ‘Edinburgh Tour’ and jump off at Grassmarket, in the heart of the historic Old Town. It’s a bustling treasure trove of independent merchants, designers and Scottish artisans – just the spot for picking up unique souvenirs.

Next, wander to the top of Candlemaker Row to meet an unusual city icon. Paris has the Eiffel Tower, Pisa has the Leaning Tower, but Edinburgh has Greyfriars Bobby. This heart-warming sculpture is dedicated to the Skye Terrier who loyally guarded his owner’s grave for 14 years before he himself died in 1872. You’ll find both Bobby and his master, John Gray, buried in Greyfriars Kirkyard, the graveyard surrounding the nearby Greyfriars Kirk church which is set a little way back from the street.

You won’t find a more famous lunch spot in the city than The Elephant House, the cozy haunt J.K.Rowling frequented while penning her early Harry Potter books. The writer could once be found in the back room overlooking Edinburgh Castle, conjuring up her timeless tales of the young wizard’s adventures. It’s a great place to sample the classically Scottish concoction of haggis, neeps and tatties.

After lunch, set aside a few hours to properly explore the National Museum of Scotland. It’s on Chambers Street, a two-minute walk from the café and a must-do. The recent $60 million redevelopment doesn’t disappoint – go ahead and explore natural wonders, world culture, Scottish history and some mind-blowing scientific discoveries within its walls.

Make sure you’ve pre-booked your table at Tower Restaurant – the award-winning dining spot above the National Museum of Scotland. Specializing in seafood, game and grills, you can watch the sun set over the rooftops as you dine on fare from Scotland’s larder, including hand-foraged scallops and to-die-for lobster from the Isle of Skye.

When day turns to night, Edinburgh’s bars come alive. If you’re looking for some music to end the evening, you’re in the right spot. The Jazz Bar is a short walk along Chamber Street from the restaurant and showcases an ever-changing line-up of jazz and acoustic acts. Soak up the atmosphere of the basement venue, which features stone walls, wood floors, candle-lit tables and a clientele ranging from 18 to 80. There’s a small, cash-only, charge at the door with the money going to the musicians who will keep you entertained long into the night. 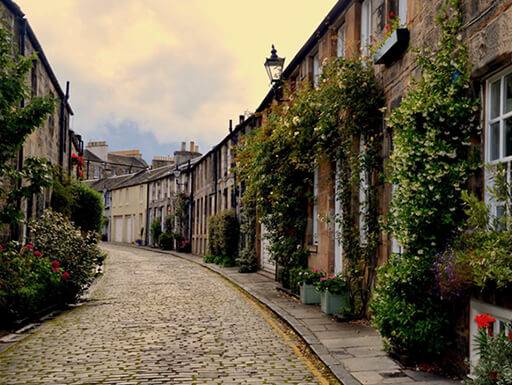 You can’t go to Scotland’s capital without visiting the nation’s crown jewels. They’re housed at Edinburgh Castle, so getting there early is a must to avoid the crowds. Once the space for royal shindigs galore, the castle’s Great Hall is now a dazzling time capsule that must be seen to be believed. If you’re visiting with kids, buy tickets to the longbow show and get dressed for battle with the castle’s resident archer Rusty Bodkins.

Edinburgh’s thronging New Town packs in an eclectic medley of places to eat. Make for The Dome in central George Street for its resplendent decor and classic Scottish fare – the ‘Grill Room’ is where you’ll find the majestic dome itself. Take a seat underneath its gorgeous arch and find your new favorite dish. Pan-fried wood pigeon, roast rump of lamb and the much-lauded Dome burger are all up for grabs.

Any guide to Edinburgh will tell you to walk the Royal Mile – the capital’s beating heart. Running down from the castle to Holyrood Palace, it’s actually a little over a mile long and consists of a succession of streets – Castlehill, Lawnmarket, High Street, Cannongate and Abbey Strand. Devote a couple of hours to properly exploring the glorious architecture on show, sneaking in a spot of shopping as you go.

The mile is peppered with attractions such as The Real Mary King’s Close and the more recent Scottish Parliament – a design lover’s dream. It’s a fun way to get a sense of the enormous history all around you – and chances are all of it will be accompanied by the distinctive sound of bagpipes, courtesy of the kilt-wearing players busking on the street corners.

What your basic tourist guide to Edinburgh won’t tell you about is lovely Stockbridge – an easy-to-reach but under-the-radar village within the city. Stroll the quaint corners of Circus Lane, snapping some jealousy-inducing Instagram shots of its leafy doorways and cute bookshops.

The culinary haunts lining trendy Stockbridge are second-to-none. Squeeze into a candlelit table at Rollo and work your way through the tapas menu, which features ‘bon bons’ with deliciously quirky fillings such as haggis with whisky marmalade and smoked mackerel. 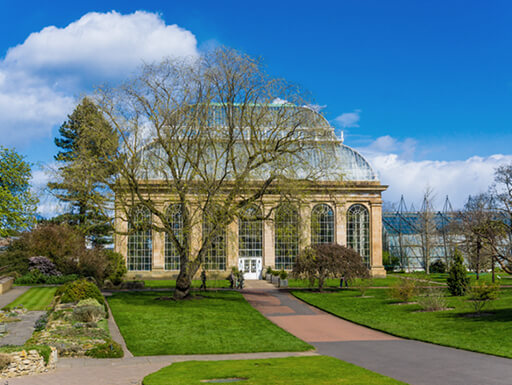 Today is a day for royally good fun. First head to the Royal Botanic Garden – a 70-acre haven of calm when the Old Town crowds get too much. If you’re wondering what to do in Edinburgh when it rains, it’s a great idea to take a Majestic Tour bus to the garden’s glasshouses for a tropical retreat. Go straight to the Lowland Tropics zone to be wrapped in a warm blanket of humidity, surrounded by whopping waterlilies and fish-filled ponds.

Get those pinkies out – it’s time for afternoon tea at Gateway Restaurant. It’s part of the Royal Botanic Garden, so you don’t have to wander far for a perfect array of patisserie treats. Highlights include miniature croissants stuffed with cheddar and honey-roast ham, cucumber and dill finger sandwiches, and a too-tempting strawberry tart.

Back on the Majestic Tour bus, jump off at another regal destination. The Royal Yacht Britannia is a once-in-a-lifetime experience and should be high on your list of places to visit in Edinburgh. Once the floating royal residence of Queen Elizabeth II, the Scottish beauty has sailed over a million miles around the world. Make sure you scope out the engine room and State Apartments dotted throughout five incredible decks.

Step off her Majesty’s boat and straight into her second home – the Palace of Holyroodhouse. It’s pretty much the Buckingham Palace of Scotland, the official residence of the Queen Elizabeth II when she heads north. Explore more than a dozen fascinating State Apartments, before wandering into the romantic ruins of Holyrood Abbey, dating back to the 12th century.

Make your way through the rugged hills and crags of Holyrood Park – a perfect walk for a summer’s evening. Along the way is Arthur’s Seat – a stunning sunset spot for 360-degree views of the handsome capital and an array of Iron Age and Bronze Age archaeological wonders.

Finish your weekend in Edinburgh at the ‘haunted’ Tolbooth Tavern in the Old Town. Part of the original 16th-century Canongate, Tolbooth once served as a courthouse and prison – locals still talk of a resident ghost knocking drinks off tables and pictures from walls. The haggis-stuffed chicken is stuffed with haggis for a suitably Scottish twist, while the hearty Warlock Pie is filled with Aberdeen Angus beef marinated in local ale. It’s the perfect way to wrap up three perfect days in this mesmerizing, memorable capital.

Do you have any suggestions for a dream Edinburgh itinerary? Share your recommendations via our Twitter page.