Brit Lit: 10 Literary Locales in England That Every Booklover Has to Visit

Brit Lit: 10 Literary Locales in England That Every Booklover Has to Visit

Home / Travel / Things to Do / Brit Lit: 10 Literary Locales in England That Every Booklover Has to Visit

England’s rich literary tradition comes to life as you wind your way from Shakespeare’s Stratford-upon-Avon to the Charleston Farmhouse.

No need to be afraid of Virginia Woolf. England’s rich literary tradition comes to life as you wind your way from Shakespeare’s Stratford-upon-Avon to the Charleston Farmhouse, where the Bloomsbury Group let their imaginations run wild.

Painting a kaleidoscopic portrait of medieval society, Geoffrey Chaucer’s The Canterbury Tales is one of the foundational texts of British literature. An attraction in Kent – named The Canterbury Tales, of course – brings Chaucer’s colorful characters to vivid life, with actors in period costume re-creating their pilgrimage from London to Canterbury Cathedral. Any self-respecting bookworm has to check it out. 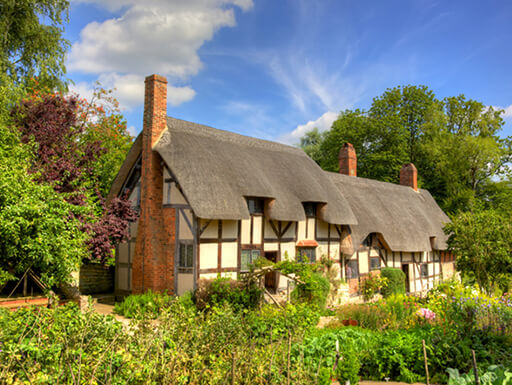 After Chaucer, pay a visit to the Bard – William Shakespeare, author of some of the western world’s greatest masterpieces, from Romeo & Juliet to A Midsummer’s Night Dream. The writer’s hometown, Stratford-upon-Avon in England’s West Midlands, is a Shakespeare lover’s dream-come-true. You can see his perfectly preserved childhood home, where his imagination was first set ablaze. You can visit Shakespeare’s wife Anne Hathaway’s thatched cottage as well. And of course, you can experience the still-stirring words of the Bard at the Royal Shakespeare Company & Theatres. 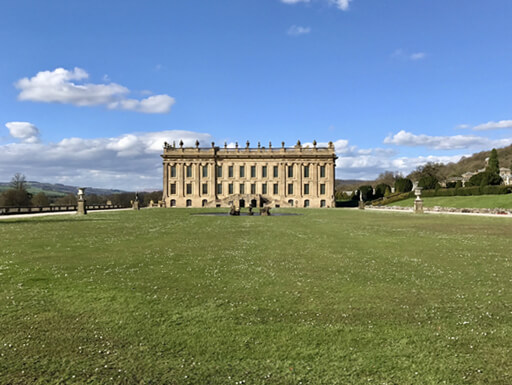 Jane Austen didn’t find fame during her lifetime – the author’s books initially didn’t even bare her name. But more than two centuries later, she’s synonymous with Brit Lit, with characters like Emma Woodhouse, Elizabeth Bennett and Mr. Darcy still captivating readers. But you can put Pride and Prejudice down and immerse yourself in the glorious country settings for Austen’s novels. Your first stop should definitely be Jane Austen’s House Museum in Chawton, where she wrote many of her best-known works. Then head to the incredible Chatsworth House in Derbyshire that served as the inspiration for Mr. Darcy’s Pemberley. Finish up your all-things-Austen road trip with a visit to the Godmersham Park Walk and Heritage Centre in Kent, the charming spot where Austen penned Sense and Sensibility.

Portsmouth: What the Dickens!

Charles Dickens was more than an author. He was one of the driving forces behind English culture. For the author of David Copperfield, Great Expectations and Oliver Twist, it all began in Portsmouth, 70 miles southwest of London. Dickens was born here in 1812 – and you can visit his childhood home, which has been refurbished to look close to the way he experienced it. There’s also some fascinating memorabilia –the couch on which he died at his house in Kent, his snuff box, and his personal inkwell and paper knife. 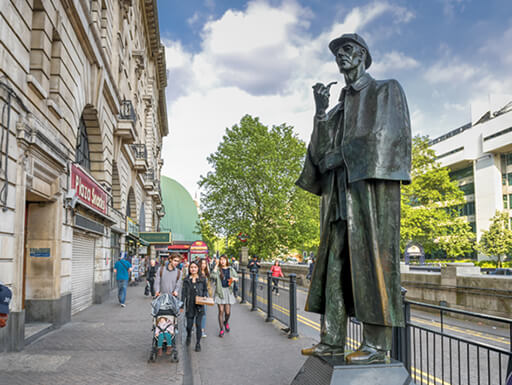 He debuted back in 1887, but Sherlock Holmes, Arthur Conan Doyle’s master sleuth, is more popular than ever in the 21st century. First stop should be – where else? – 221b Baker Street in London, where the detective lived and worked. You won’t find Holmes and Dr. Watson here, but you will find the Sherlock Holmes Museum, which features an amazingly detailed re-creation of the famed study as described by Conan Doyle. Fancy a pint? Head to Charing Cross to the Sherlock Holmes Pub, located in a spot made famous by the books, and home to an array of Holmesiana.

Located in pastoral East Sussex, the Charleston Farmhouse became famous as an early 20th century hotbed for progressive thought. It was here that the Bloomsbury Group – made up of such pioneers as Virginia Woolf, John Maynard Keynes and E.M. Forster – gathered to exchange ideas and spark literary and cultural movements that are still making waves today. A guided tour of charming/rambling house and lovely gardens give you insight into the innovation and creativity that blossomed at Bloomsbury. 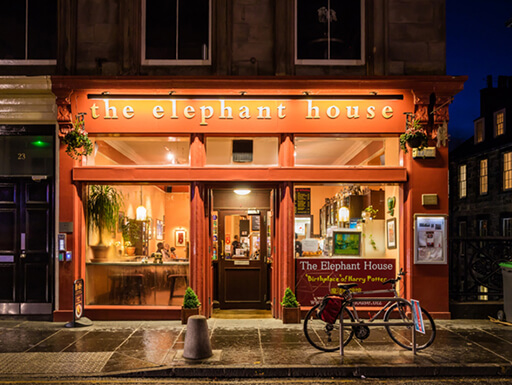 The World of Harry Potter in Edinburgh

Back in the mid-1990s, J.K. Rowling was a struggling single parent, writing in her spare time. Today, she’s the force behind the Harry Potter empire. Potter maniacs can go straight to the source in Edinburgh. First, head to Spoon, a cozy café where Rowling wrote Harry Potter and the Sorceror’s Stone, the first book in the series. Then take a stroll through Greyfriar’s Kirkyard, a Franciscan graveyard in Edinburgh’s Old Town that served as the inspiration for scenes in The Goblet of Fire. Nearby, take in the positively Hogwartsian architecture of George Heriot’s School, with a turreted roof and imposing stone façade. Finally, head to Victoria Street, Rowling’s basis for the exciting Diagon Alley.

Do you have any must-see British literary spots? Let us know on our Facebook page.