Less than an hour from Williamsburg, add these five cities to your Virginia travel itinerary to experience beautiful sandy beaches and rich history.

When travelers think of the Greater Williamsburg Area, Kingsmill Resort, Busch Gardens Williamsburg, or Colonial Williamsburg often come to mind. In addition to these, nearby Hampton Roads cities and Central Virginia to the north feature an exciting mix of the past and present. So, add these five cities to your travel itinerary — all less than an hour’s drive and well worth the trip.

This Hampton Roads city of firsts is located 20 miles south of Williamsburg. The Endview Plantation, a wartime Confederate hospital and the location of Civil War re-enactments is a Newport News favorite. In addition, nearby Lee Hall Plantation was pivotal in both the Civil War and World War I history.

Animal lovers will enjoy Virginia Living Museum, the first living museum east of the Mississippi. See military and maritime history at The Mariner’s Museum, a 500-acre park that’s home to the world’s largest maritime library. Attend festivals, and enjoy the city’s great outdoor recreation spots in one of over 32 parks, or shop and experience local culinary traditions at fabulous eateries.

Located 29 miles from Williamsburg on the mouth of the Chesapeake Bay, Hampton is the literal center of the east coast and the heart of Hampton Roads. America’s oldest continuously English-speaking city features multiple historic sites, entertainment options, shopping with local flavor, as well as family- and chef-owned restaurants and beaches.

Enjoy another of the city’s distinctions by visiting one of the first U.S. African American universities, top-ranked Hampton University. Its museum boasts extensive collections from around the world, including over 1,600 objects representing more than 93 Native American tribes.

Many attractions connect to the city’s largest industry: military and defense, and its most visited spots reflects that. The city is headquarters to the North Atlantic Treaty Organization (NATO), which sponsors an annual festival and a cafe you can visit on weekdays. Tour Naval Station Norfolk by bus or cruise to see the interior of Battleship Wisconsin. Finally, visit the Hampton Roads Naval Museum or Fort Norfolk, the last one commissioned by George Washington. 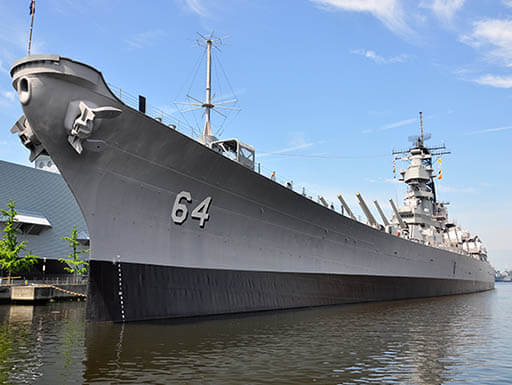 Check out the concerts, festivals, and fairs sponsored by Festevents throughout the year. Norfolk Botanical Gardens grows more than 175 varieties of rhododendron and azaleas and 3,000 individual rose bushes, and it holds several annual events honoring Native American traditions. Visit the Moses Myers House, the only U.S. home interpreting the early Jewish immigrant experience. It presents a portrait of Jewish family life during the Federal period of the late 17th and early 18th centuries.

A budget-friendly day at the beach is 60 miles from Williamsburg at the region’s popular beach destination in Hampton Roads’ biggest city. Choose from three well-maintained beach areas, and rent boogie boards, slingback chairs, and umbrellas on Resort Beach. 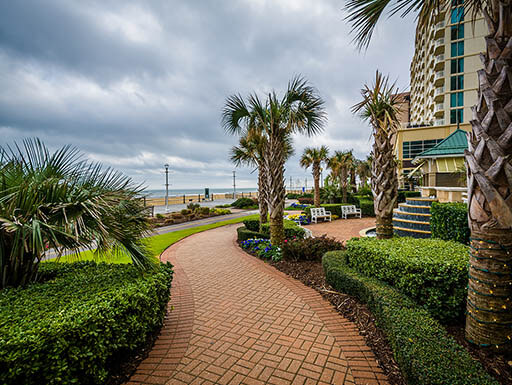 Interesting off-beach activities abound in the City of Virginia Beach, including shopping options that go beyond souvenirs. Arts lovers can stop by the Virginia Museum of Contemporary Art and Sandler Center for the Performing Arts. Enjoy any of the 293 parks in the city, including Mount Trashmore, the city’s eco-friendly answer to landfills. If you love ducks and migratory birds, see them at Back Bay Wildlife Refuge and the Atlantic Wildfowl and Heritage Museum.

An alternative to Hampton Roads is a day trip 53 miles north from Williamsburg to the City of Richmond, or “RVA.” Located along the James River, this cosmopolitan city is distinguished by five regions subdivided into 12 neighborhoods. RVA ranks number one for craft breweries and wineries per capita, with over 200 restaurants in the downtown area alone. Multiple vendors offer food tours, craft beer excursions, and winery trips. If you decide to drink, be sure to have a designated driver.

Richmond’s cultural scene includes numerous festivals and events — many exclusive to RVA — and at least 258 attractions, including 80 historic sites and museums, and 48 performing arts venues. The Lewis Ginter Botanical Garden presents interactive exhibits and live butterflies, while the Edgar Allen Poe Museum and Enchanted Garden is the poet’s literary shrine. Get a balanced view of the conflict at the American Civil War Museum and see every aspect of the arts at the Glen Allen Arts Center. 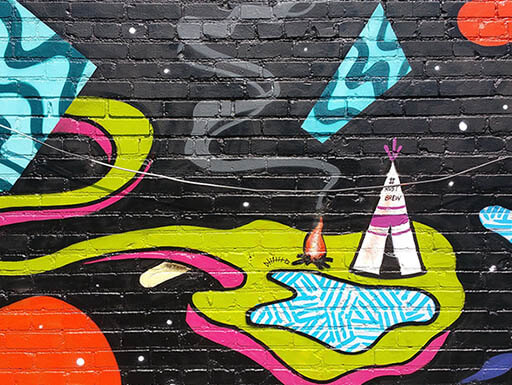 Do you have favorite places in Richmond or Hampton Roads? Share pictures of them with us on Instagram.