While there are hundreds of Gothic churches across Europe, these 10 do the best job of showcasing the historic beauty of this architectural style.

Gothic churches are among the most memorable sights on a European vacation, especially for art and history buffs. Originating in France in the 12th century, Gothic architecture sprang from the Romanesque movement. It emphasizes height and light, with design details such as grouped columns, flying buttresses, pointed arches, intricate statues, and stained glass. Although hundreds of Gothic churches dot the European landscape, these 10 do the best job of showcasing the beauty of this architectural style. 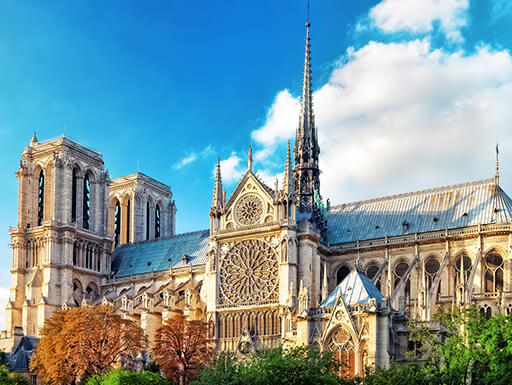 With construction starting in 1163 and lasting into the 14th century, Notre Dame de Paris features a number of French Gothic details, including rose windows, twin towers, flying buttresses, and a 300-foot spire. A few elements unique to this magnificent Parisian structure include the massive church bells and the oversized organ, the largest in the world.

Known simply as “Il Duomo,” the Florence cathedral situated in the city center displays a beautiful white, pink, and green façade and a basilica topped with the world’s largest brick dome. Although building began in the classic Gothic style, the buttress-free construction used to create the cathedral’s dome helped spark the Renaissance movement. 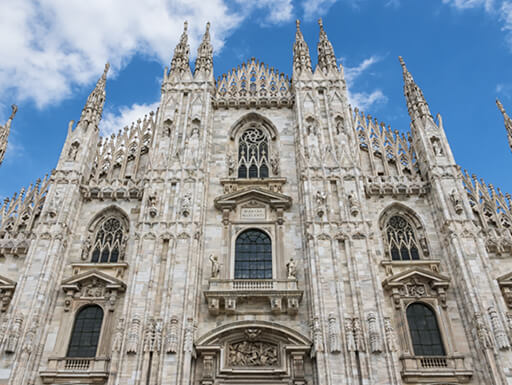 To say Duomo di Milano took a while to build is an understatement. Construction of the Italian cathedral began in 1386 and didn’t end until 1965. The elaborate design trades the double towers featured by many Gothic churches for small pinnacles with statue-topped spires. You can enjoy a closer look at the statues with a walk on the roof. 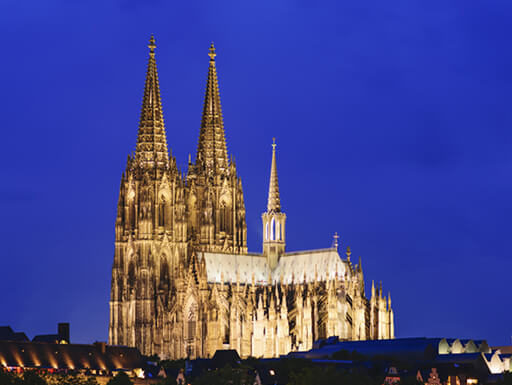 The Cologne Cathedral took more than 600 years to construct, and it’s no wonder. This stunning German structure has the largest façade of any church in the world, and its twin spires soar more than 500 feet in height. One of the cathedral’s main attractions, the Shrine of the Three Kings, is believed to house the remains of the biblical Magi. 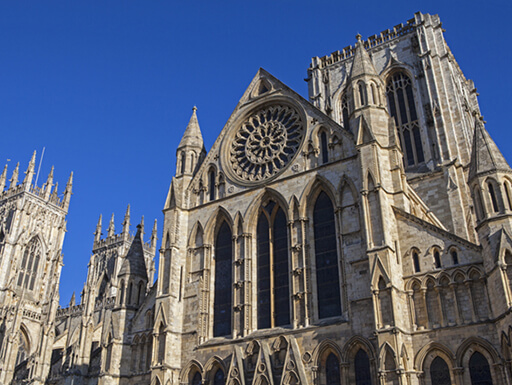 People traveling to York, England, rarely leave without seeing York Minster, the city’s striking cathedral. One of the largest Gothic cathedrals in northern Europe, it offers two unique features: the world’s largest swath of medieval stained glass and its own police force. Climb 275 steps up to the cathedral’s Central Tower to enjoy the best views in the city. 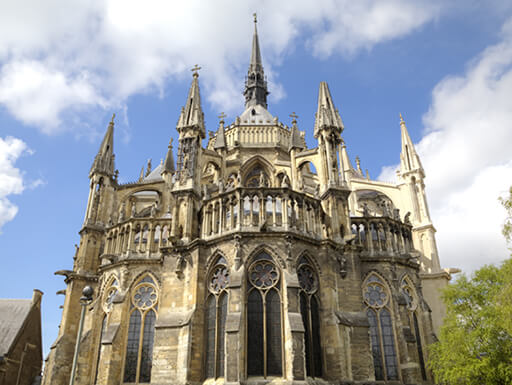 The French consider the baptismal site of Clovis, the king of the Franks, sacred ground, so it’s not surprising that at least 25 French monarchs were crowned in Reims Cathedral. Located on the banks of the Vesle River in Reims, France, this High Gothic structure features massive twin towers, beautiful stained glass, and an abundance of statues and statuettes.

If you’re looking for the world’s largest Gothic cathedral, head to Seville, Spain. Built atop the great Aljama Mosque, the Seville Cathedral retains some of the original Moorish elements, including the Patio de los Naranjos where worshipers washed in the fountains before prayer. In addition to being a house of God, this cathedral houses the remains of Cristobal Colon, known in the U.S. as Christopher Columbus. 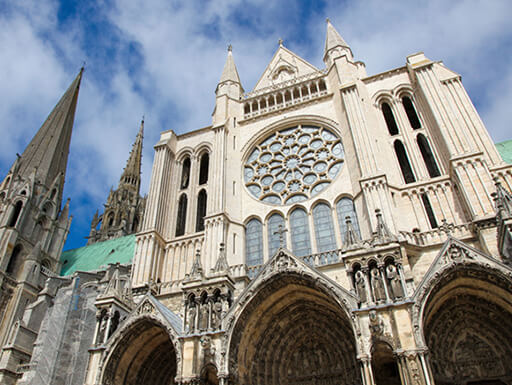 When it comes to near-perfect preservation, the Chartres Cathedral, just 50 miles from Paris, reigns supreme. Its High Gothic architecture has undergone only minor changes since the 13th century, and most of the medieval stained glass is original. As if the architecture weren’t spiritual enough, this site contains the Sancta Camisa, believed to be the tunic Mary wore at the birth of Jesus. 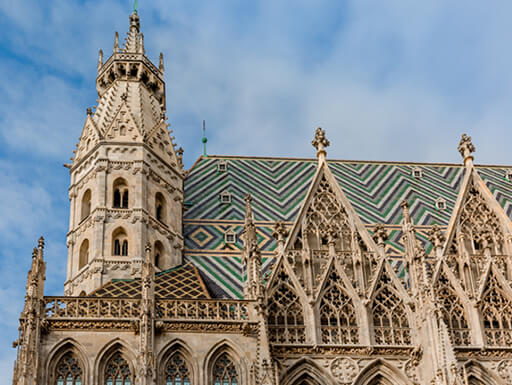 A testament to freedom after surviving many wars, St. Stephen’s Cathedral is located in the heart of Vienna, Austria. Distinct design details include majestic towers and a richly adorned rooftop featuring diamond-patterned tiles and the city’s coat of arms. Guided tours treat visitors to views of the catacombs. Not open to the public, however, are the bones of the nearly 10,000 Viennese citizens entombed there. 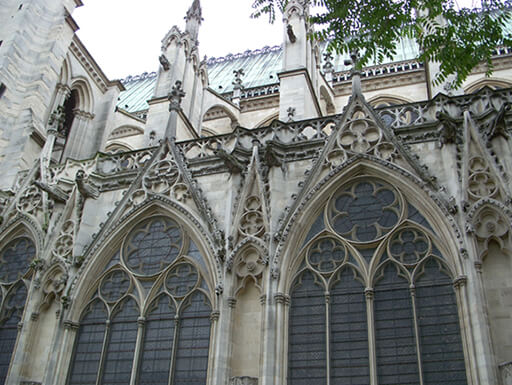 The Basilica of St. Denis is the final resting place of all but three French kings and queens. It was built over the grave of Saint Denis in the French city that also bears his name. The basilica is famed for being the first cathedral to feature Gothic architecture and to emphasize light, a symbol of divinity.

Exuding exquisite architectural beauty and rich history, Gothic churches make a great addition to a European vacation itinerary. Don’t forget to snap pics of your favorites, and share with us on Instagram.