Where to Get the Best Asian Fusion in Macau

Where to Get the Best Asian Fusion in Macau

Macanese cuisine is a unique blend of Cantonese and Portuguese flavors. Known as the Vegas of China, Macau offers foodies a unique culinary destination.

The Portuguese took control of Macau, the bustling center of commerce in the South China Sea, more than 400 years ago, and the arrangement lasted until 1999 when the Chinese government declared the city’s status as a Portuguese colony null and void. Not surprisingly, the cultural ties far outlast the administrative ones. Even though Portuguese leadership is long gone from Macau, the region still excels at a distinctive savory hybrid of Portuguese and Cantonese cuisine known as Asian Fusion.

This flavorful cuisine is subject to a certain amount of interpretation, but it’s generally a blend of salt-of-the-earth Cantonese food and Portuguese spiced comfort food. The unusual mix of flavors perfectly mimics the diverse vibe of the city. The next time you travel to Macau for business, make sure at least one of your lunch breaks includes Asian Fusion cuisine. 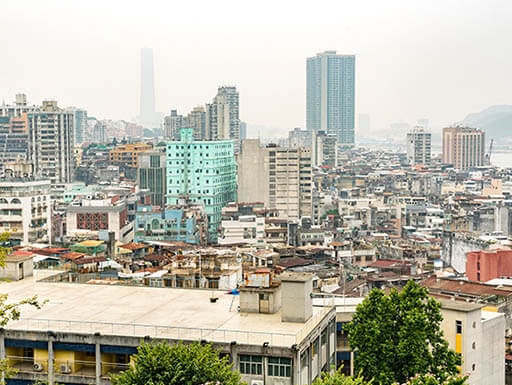 Now a special administrative region of China, Macau attracts millions of visitors each year for its casinos, hotels, nightlife, and food – giving it the nickname the “Las Vegas of Asia.” As one of only two sites with legal gambling in China – the other being Hong Kong – the city attracts many travelers looking for entertainment as well as those in the area on business. The added delight of the cuisine has turned the city into something of a foodie destination.

To get the full Macau foodie experience, it’s recommended to try the specialties that put Macau on the map. The most famous menu options are the pork chop bun, a marinated piece of pork stuffed into a crispy bun, and the Portuguese egg tart, a miniature custard pie. These four favorite restaurants consistently serve up some of the city’s best dishes: 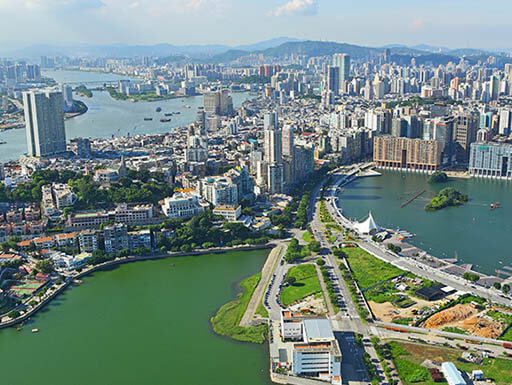 Food On The Go

Business travelers without much time to spare can still enjoy the culinary experience by sampling the street foods that are the daily staple for working Macanese people. Food stalls are everywhere and serve a variety of sandwiches, meat-stuffed buns, fish stews, and pastries.

So where does the Cantonese end and the Portuguese begin? That’s for every hungry business traveler to taste and decide. The answer can vary a great deal between distinctive Macanese dishes, so you just might have to try them all. Visit our Facebook page to tell us about your favorites.