How to Tip Like a Local Around the World

How to Tip Like a Local Around the World

Live more like a local and avoid tipping blunders while traveling abroad to Europe, Asia, the Middle East, or Latin America.

Tipping is a core part of U.S. culture, but when traveling abroad, your standard tipping system might not fit the customs of your destination. Every country is different, but don’t stress out over this detail. Avoid tipping blunders by learning what to expect in popular locations around the world. 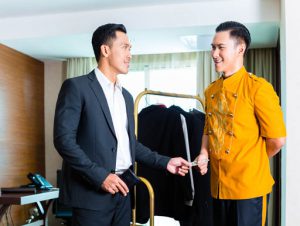 At about 5 to 10 percent of your bill, restaurant tips are modest in most European countries. Restaurants in some countries, such as France, often include the tip on the bill. As in the U.S., feel free to leave up to 10 percent more for great service. Skip the tip at eateries with counter service.
For taxis, locals often round up the fare for convenience but don’t specifically tip. Even a gondola ride in Italy doesn’t require a tip. Hotel services typically earn tips of 1 euro per carried bag, up to 5 euros per day for the housekeeping staff, and up to 20 euros for the concierge.

Restaurants in most Latin American countries add the tip to your bill, but servers appreciate receiving more. An additional 5 to 10 percent is common, except Colombia, where tipping an additional 20 percent is customary.
Taxi drivers don’t expect tips in most countries, but you can add a dollar or two if the driver helps with luggage. If you hire a guide, tip about $10 per person, per day. At the hotel, tip $1 for help from a porter and up to $5 per day for the housekeeping staff.

Asia is largely a no-tipping culture. In China and Japan, it isn’t customary to tip the waitstaff, especially if the restaurant is a local hangout. In some areas, restaurants add 10 percent to the bill. If you want to leave more, don’t exceed 10 percent.
In most parts of Asia, simply round up the fare to tip taxi drivers. However, most locals give drivers a $1 tip in Thailand. Tip hotel staff $1 to $5 per day, especially if they directly help you. If you need a favor from the concierge, tip him $20. 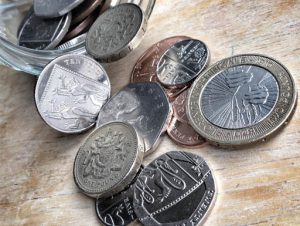 In many parts of the Middle East, restaurants add a 10 percent tip to the bill. This practice is required by law at restaurants, bars, and hotels in Dubai. If you want to add more, the standard is 10 percent.
In most areas, including Jordan, Israel, and Egypt, the locals tip taxi drivers 10 to 15 percent of the fare. You may want to go higher for drivers doubling as private tour guides. Tip hotel porters and housekeepers $2 to $5 per person, per day. If the concierge is helpful, give him a tip of $20 to $25.

Credit cards are widely accepted around the world, but receipts don’t always have lines for tips. The U.S. dollar is popular currency, but it’s still not accepted everywhere. Carry small amounts of local currency to ensure you always have cash on hand for tipping.