How Electric Cars Are Getting Rid of the Brake Pedal

How Electric Cars Are Getting Rid of the Brake Pedal

Electric cars are affordable, practical, quiet, and good for the environment. And now they're changing the way we think of pedals.

Electric cars are already a game-changer for the automotive industry. They’re increasingly perceived as affordable, practical, quiet, and good for the environment. Adapting to a world where electric cars are more prevalent means adjusting to a few changes. For example, instead of pulling over at a gas station to fill up, drivers plug in to recharge. One of the biggest adjustments, however, may be learning how to slow down and brake in a whole new way. Many carmakers are designating one pedal for both speeding up and slowing down.

Regenerative braking turns a vehicle’s motor into a power generator of sorts. Every time a driver hits the brakes, the friction, or drag, created by the braking process generates energy. In a traditional internal combustion engine, the energy is lost. In electric vehicles, when a car begins coasting, the motor begins functioning as a generator, producing and collecting electricity from the wheels. Not only does this save wear and tear on the brakes, but it feeds energy back to the car’s battery to improve driving range.

Regenerative braking changes the way cars use energy, but that’s just the beginning. It also changes the way drivers drive. With this approach, the accelerator pedal is used to both speed up and slow down the vehicle. 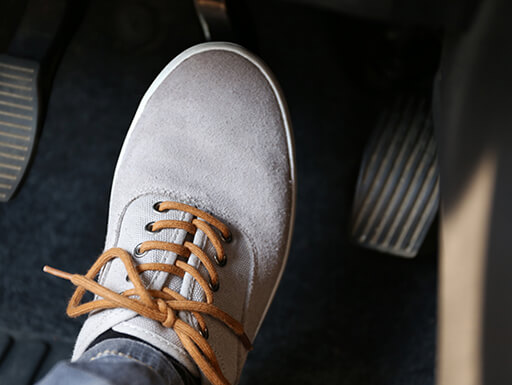 Now, it has become a distinctive feature of electric cars, beginning with the release of the Tesla Roadster in 2008. Today, electric models including the BMW i3 and the Chevrolet Bolt EV have embraced one-pedal driving.

Driving with One Pedal

Pressing down on the pedal still makes the car increase speed, but the big difference comes when a driver takes the foot off the accelerator. Instead of coasting, the car immediately slows down — much harder and faster than when a driver releases the gas pedal in a traditional vehicle. To slow the car, drivers learn to release the one pedal instead of pressing a second pedal.

One of the big benefits of this form of braking is that it’s actually easier on drivers who are in stop-and-go traffic and would normally switch back and forth between the gas pedal and the brake.

Depending upon the design of the vehicle, releasing the pedal brings the car to an eventual, complete stop, although there is still a brake pedal for hard stops or emergencies that call for rapid braking. The big difference drivers see is in how often — or how seldom — that brake pedal actually gets used.

Over time, drivers master this type of pedal power and enjoy a smoother experience and rarely bother to hit the brake at all. 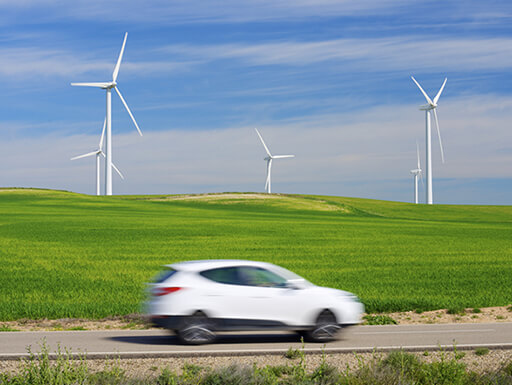