Can you still remember the early 2000s? The years of Myspace, the first Apple Macintosh computers, the first smart phones, and so much more — all early signs of more major changes and advancements that were soon to come. In just 18 years, a whole new technological world has unfolded, bringing with it many immense transformations to our everyday lives that make those few years seem like lightyears ago. Technological advancements that used to be thought of as impossible have now been surpassed in vast and incredible ways. Computers that used to be the size of literal rooms in the 1980s and 90s are now small enough to be held in the palm of your hand. (And they are, by everyone, seemingly at all times.) Internet that was formerly only accessible through slow and unreliable dial-up services has transformed into Wi-Fi that’s available pretty much anywhere — even in vehicles, and even in the air.

For a business like Hertz that has been in operation for 100 years, the list of changes and advancements that have been navigated is miles long. Hertz has seen the invention and growth of not only the internet, but the first in-car cellphones, the first navigation systems, and so much more. Much like how one of our founders, Walter Jacobs, responded to the changing times of the early 1900s by anticipating the future needs of customers and creating further innovative advancements to suit those needs, Hertz has continued to do so throughout the 2000s. 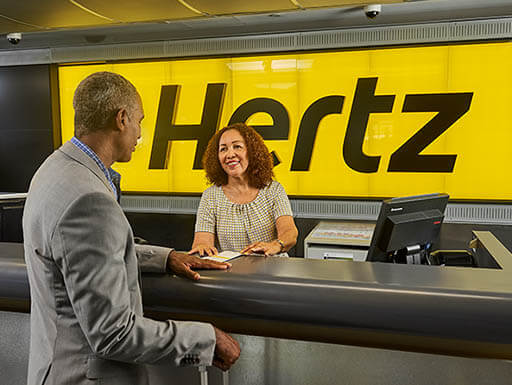 The Hertz Corporation has always valued forward-thinking while seeking to embrace the changing of the times. Four years before the new millennium and the year 2000, the first-ever Hertz website was built in 1996. Soon everyone realized that the whole world-wide-web thing wasn’t going to be a phase, and so Hertz quickly began offering even more speed and convenience to their customers with continued technology innovation in the form of fast-paced Express Rent Kiosks, Hertz mobile applications, mobile alerts, eReceipts, and more throughout the early 2000s.

Of course, those technological advancements brought with them the opportunity for further innovation in customer service as well, which lead to even more specific vehicle offerings for customers. From the creation of the Hertz Prestige Collection in 2000, the Green Collection of eco-friendly vehicles and the Fun Collection of playful, thrill-seeking vehicles in 2006, the carpool-embracing conception of the Hertz On-Demand Car Sharing in 2011, and more, Hertz has continually sought to improve the customer experience in a variety of thoughtful and creative ways. 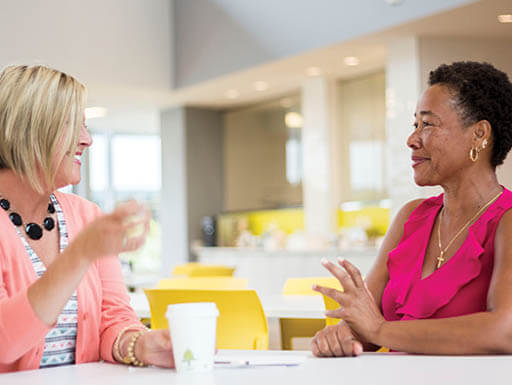 Hertz has always been a company that has pursued and achieved many first milestones in the rental car business. True to that reputation, Hertz’s continued premier customer service and world-wide focus led to an expansion of services in China in the year 2002 — making Hertz the first-ever global car rental company to operate in that country.

Shortly after that in 2013, a new corporate headquarters was needed to house the full Hertz Corporation under one roof. Hertz relocated the company headquarters from Park Ridge, New Jersey, to the sunny coastal city of Estero, Florida. In the year 2016, another milestone was proudly accomplished by Hertz: Kathryn Marinello stepped into the role of Hertz Chief Executive Officer, becoming the first female ever to do so.

And that brings us to 2018: This year, Hertz celebrates its 100th year anniversary – and is only just getting started.

A lot has happened in the past 18 years, both for Hertz and the world we live in. One thing is for certain: Change is constant and inevitable, and to progress, change must be embraced. Hertz will continue to embrace with open arms the changes and inventions that time brings, and continue to serve Hertz customers the same way we have since the early 1900s: with care and innovation. Cheers to the next 100 years, and whatever they may bring.

Curious to get to know even more Hertz History? Be sure to check out the story of the 1966 Shelby Mustang GT350H and the Hertz Rent-a-Racer Program, as well as the story of Hertz’s early years.